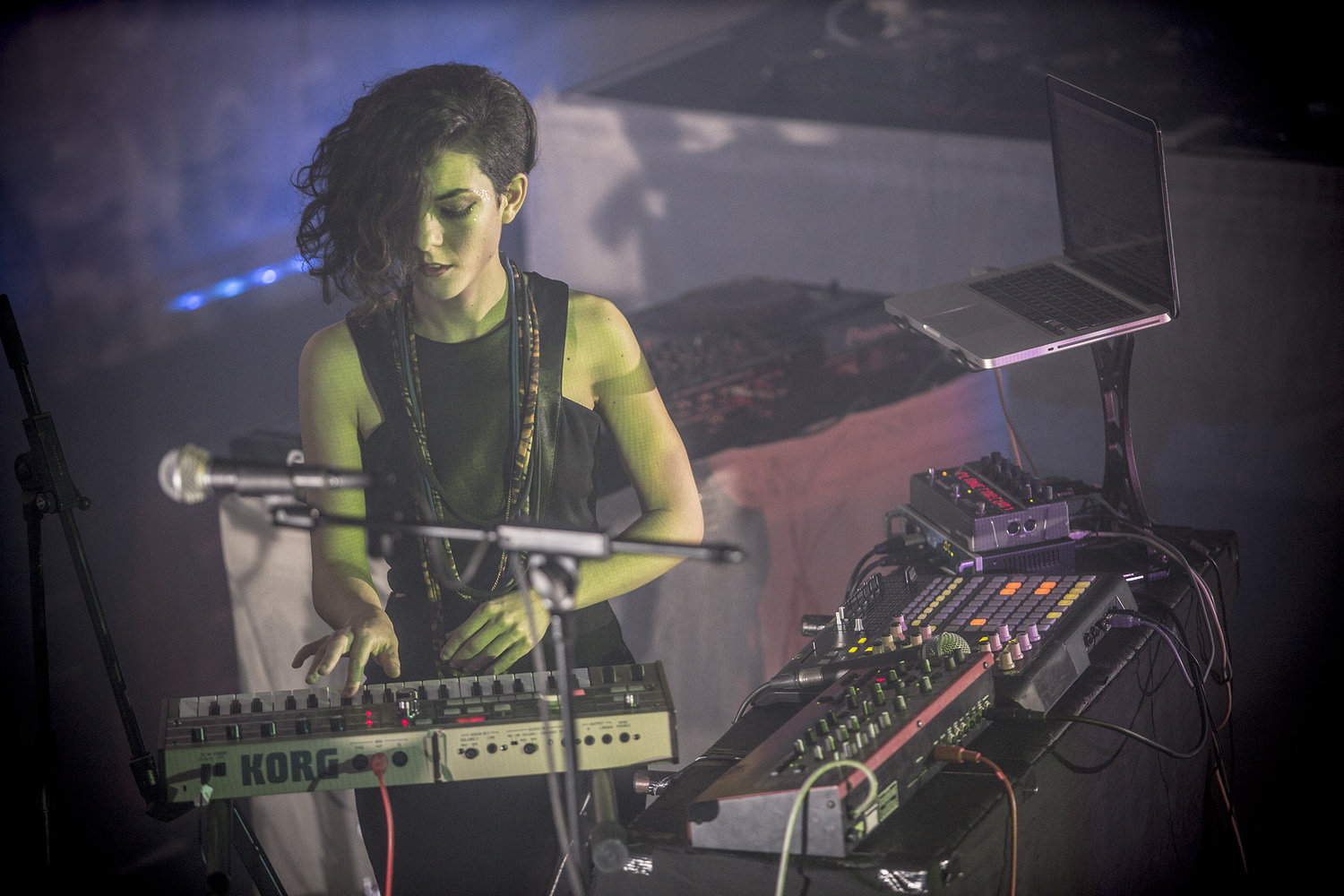 Enter the world of Ah! Kosmos (aka Basak Gunak): a talented sound designer, electronic music producer and instrumentalist originally hailing from Istanbul, now based in Berlin. Having previously been compared to the likes of Moderat and Jon Hopkins, she creates driving, celestial and ascensive atmospheres.

Initially turning heads with her brilliant debut ‘Flesh’ EP’ back in 2013, her following LP ‘Bastards’ (released in April 2015 through acclaimed Berlin based label Denovali) saw Ah! Kosmos honing her craft, utilizing euphoric melodies and floating vocals painted over pulsing rhythms and echoing guitars. Combining buoyant, crunchy percussion with minor-key melodic soundscapes, her forward-thinking productions and unique sound subsequently earned her a place at the coveted Red Bull Music Academy in Tokyo and her the chance to demonstrate her captivating live performance at Convergence Festival at Village Underground and at a sold-out night at the Barbican in March 2016, supporting Jonny Greenwood’s Project Junun .

Her most recent EP, ‘From the Land Below’ has been self-released digitally with Injazero as the publisher, supported by the likes of XLR8R, Decoded and Resident Advisor.